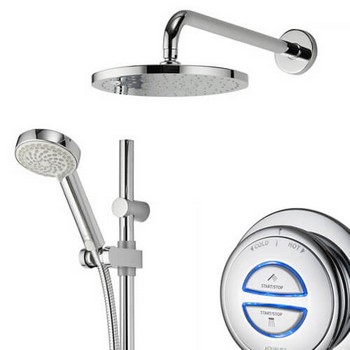 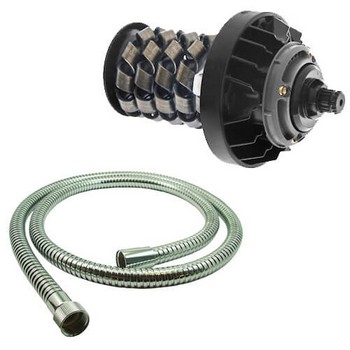 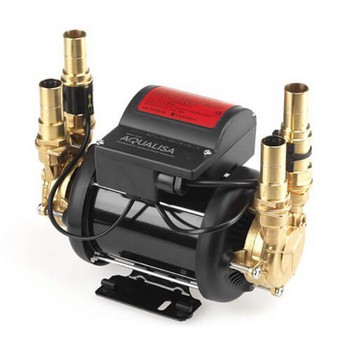 "A great day starts with a great shower". Aqualisa are one of the UK's leading manufacturers of showers and have been delivering top quality showers for over 40 years. Their philosophy has always been the same: to use innovative technology to improve your shower experience. Aqualisa revolutionised the thermostatic valve, in 1977 their founder's invention of the bi-metallic thermostatic valve changed the face of showering.
Aqualisa was one of the first manufacturers to create the worlds first digital shower also winning them the award for 'best consumer product' at the UK business associations design effectiveness awards. They then went on to invent the first smart shower in 2017 and are still continuously developing and improving their showers to meet the needs of what people want and have asked for.

Aqualisa recognised the variety of household plumbing systems out there and have manufactured showers to suit all plumbing requirements. They have a huge selection of showers on offer, including a mixture of digital showers, electric showers, mixer showers and power showers. Always straightforward to install which is why Aqualisa is widely loved by installers.

Are Aqualisa showers any good?

Aqualisa have been a leading brand since first being established. 40 years of innovation at the forefront of the industry have led to Aqualisa being considered the most reliable brand for householders and installers alike. The launch of the latest smart shower range, Q™ Smart in 2017 is proof that Aqualisa is still producing the most exciting and innovative units available.

If you're looking to repair an existing Aqualisa shower, we also have a whole range of Aqualisa spares to choose from (linked below). With genuine Aqualisa spare parts on offer including shower cartridges, shower pumps, shower heads, handsets and hoses, shower riser rails and kits, and many more. All you need to know is the model of the shower you have, and you will easily find the part you need in the Aqualisa shower spares section. Aqualisa Shower Spares

If your Aqualisa shower is not working it is best to contact Aqualisa directly on 01959 560010 and they will help diagnose the issue.

Where are Aqualisa showers made?

All Aqualisa Shower units are manufactured in the UK.

There are several thermostatic showers available and they are supplied with slightly different cartridges depending on the model. Some cartridges are colour coded as an indication of which water supply they are best suited to.

Which Aqualisa shower do I have?